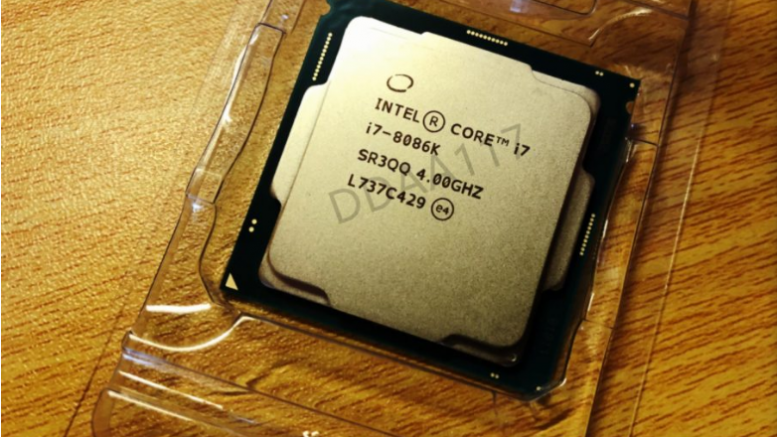 40 years ago, Intel released the 8086 CPU, which was very popular. And this special i7 could carry the same name, but much, much better performance.

If this is true, the i7 8086 will not be the first anniversary CPU Intel has made. To celebrate 20 years of the Pentium line, Intel released the Pentium G3258. Today, we are looking at what might become another anniversary edition SKU, this time marking 40 years since the iconic Intel 8086 microprocessor.

When it comes to the specifications, they are really similar to the mainstream 8700k – same TDP of 95W, 6 cores and 12 threads, same L3 cache, same graphics – basically everything is the same apart from the clocks. The 8086k is rumored to have a 4 GHz base (300 MHz faster than the 8700k) and a boost of 5.1 GHz on a single core and 4.4-4.3 GHz on all cores – not bad!
And it seems it can also overclock quite well, if you have decent cooing.

So basically, it the the 8700k, with a higher boost, and a different name. You can read more about it here.