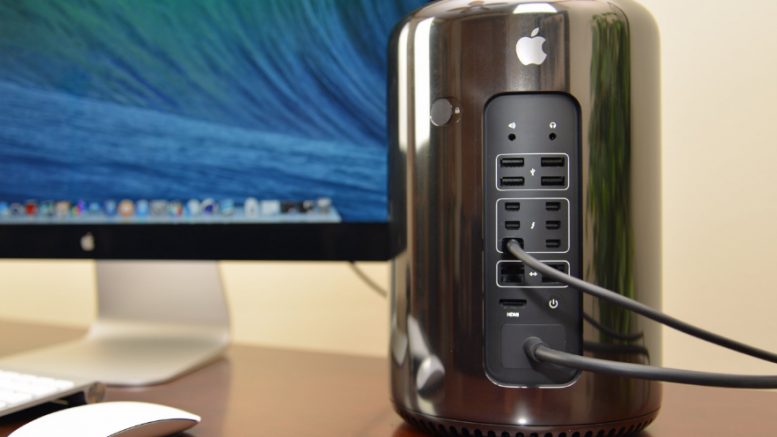 In a story by Techcrunch, Apple gave us an actual timeframe when we could expect the new MacPro – 2019. And it looks like it’ll be modular!

Some 5 years ago, Apple surprised everyone with the “trashcan” MacPro – it was an incredible feat of engineering. However, the specs haven’t really changed, and upgrading this beast can be a real pain. And buying one now is not really the greatest idea – the base model with 6 cores and 16 GB of RAM is 3000 USD! Sure, it was pretty epic when it came out, but your modern, run of the mill Intel i5 has the same number of cores and a higher clock speed! Only thing missing is ECC support. The point is, buying one now, new, is not a smart idea.

And that is why people have been begging Apple to do something about it. And it looks like they will – next year. A while ago, Apple said that the new MacPro will be with us in 2018. But it won’t.

Apple didn’t really give any concrete details, other than it would be “modular”. How exactly it will be modular is yet to been seen. Knowing Apple, these “modules” will probably cost a pretty penny. Apple said to Techcrunch…

“And we’ve brought in some pretty incredible talent, really masters of their craft. And so they’re now sitting and building out workflows internally with real content and really looking for what are the bottlenecks. What are the pain points. How can we improve things. And then we take this information where we find it and we go into our architecture team and our performance architects and really drill down and figure out where is the bottleneck. Is it the OS, is it in the drivers, is it in the application, is it in the silicon—and then run it to ground to get it fixed.”