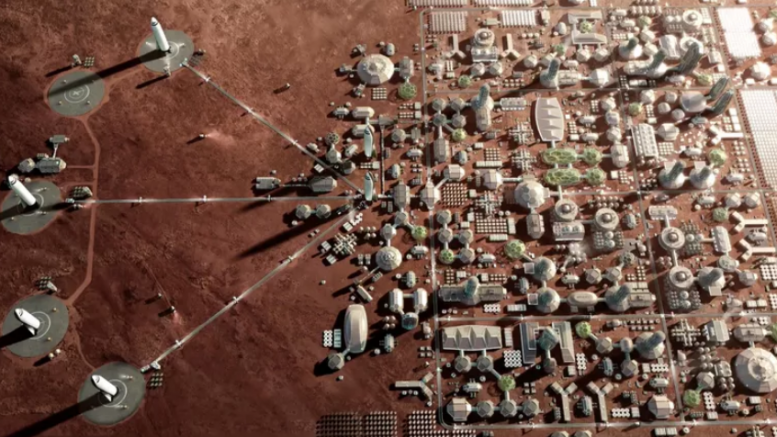 For a very long time, Musk has been talking about sending humans to Mars and the Moon. However, due to our current technology, that is a very difficult thing to do. Nevertheless, Elon has very ambitious plans to send the first humans to the Red planet.

On the last day of the International Astronautical Congress in Adelaide, Australia, SpaceX CEO Elon Musk took the stage to talk about his company’s BFR project. The basic concept behind the BFR is to make a single booster and ship that could substitute the company’s Falcon 9, Falcon Heavy, and Dragon.

The BFR stands for…well… “Big freakin’ rocket”. It’s main objective is to carry heavy cargo or to transport up to 100 people. The present BFR design is big enough to ship up to 100 people and sufficient equipment, which Musk thinks will be instrumental in making a base of operations on the Moon.

Musk’s ambitions go well beyond the Moon, however. SpaceX’s goal of journey to Mars as soon as they have the resources to do so is well known. In 2024, SpaceX would send astronauts to the Red Planet on-board two crewed BFRs. These first “settlers” would make a fuel plant that would work as the start of the Martian colony. After that, the plan is to construct multiple landing pads, then enlarge out into terraforming and the construction of an urban environment.