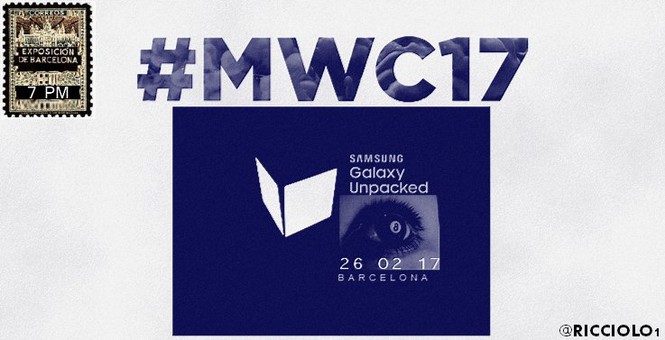 To make you temporarily forget about the Galaxy Note7’s propensity for catching fire, even after the recall, there’s a new rumor in town, talking about the Samsung Galaxy S8.

Samsung has sent out a teaser for the Galaxy S8. The image reveals that Samsung’s next flagship handset will be introduced on February 26th at MWC 2017 in Barcelona. It will be the next Galaxy Unpacked event.

According to ETNews, Samsung is preparing a massive redesign of the Galaxy S8, and the main changes are coming to the front of the handset. The device is reportedly getting a new screen, complete with brand new features. If you’re familiar with iPhone 8 rumors you probably can guess what these new features are.

If we talk about earlier news, we informed you that Samsung Galaxy S8 rumored to be launched with 4K resolution and support for VR