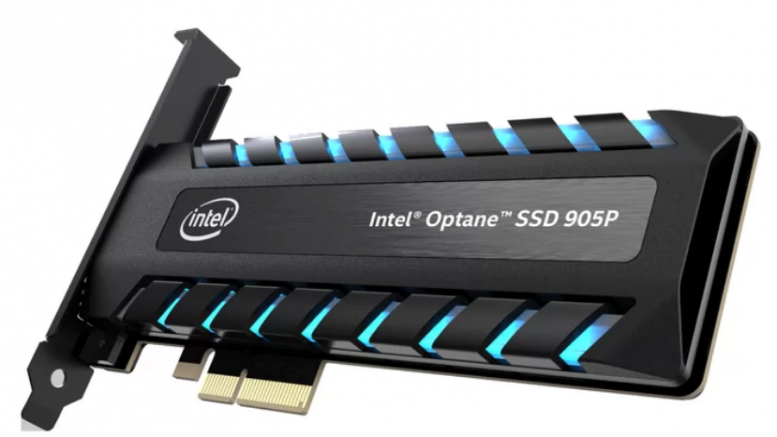 Intel is really pushing the speeds of SSD.

According to testing done by Tom’s Hardware, Intel’s Optane 905P is fast. Really, really fast. It outperforms the Samsung 970 EVO and Intel’s 900P.

So what are the numbers?

Where this drive really shines is when the CPU needs to go through a lot of data, fast. The 905P delivers similar queue depth 1 and QD2 random read performance, and at QD4 it is capable of 200,000 IOPS with a single CPU core. The 905P also boosts mixed workloads where the controller and memory must execute complex IO steams with data coming and going at very high speeds. This lead to the conclusion that this SSD will increase general application performance.

Also, it looks cool with the fancy blue LEDs.