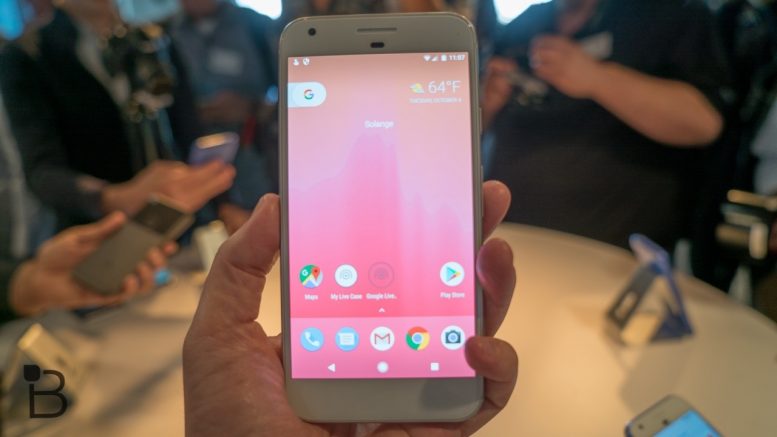 Google launched its highly anticipated Pixel smartphones Tuesday, replacing the Google Nexus devices as the company’s flagship phones. Here, we reel off a few reasons why buying the Google Pixel or Pixel XL might be the best decision you ever made a very good idea.

Here are 7 Reasons To Buy The Google Pixel XL

As said earlier, the Pixel and Pixel XL differs only in terms of display size and resolution. The Pixel XL comes with a QHD display and Google has added support for Daydream VR as well.
On the flip side, the iPhone 7 Plus only has a 1080p display. At the launch event, Apple quoted that they increased the brightness levels and LCD performance of the display, but still 1080p is far behind the QHD display in terms of sharpness.

The Pixel duo include the exciting, evolving AI Google Assistant. The system-wide feature, as explained by CEO Sundar Pichai, is improving all the time. As users continue to mold and enhance its capabilities simply by being users, Assistant can proceed towards its goal of human levels of intelligence.

The faster charging wars rumble on as Google’s latest claim is that the Pixel XL will last 7 hours on a 15 minute charge. Obviously this has to be heavily caveated with how you use your phone, but the overall message is that the phone can charge very quickly.

Questions obviously remain around the battery life of the XL. Last year’s 6P – the larger of the two devices – had unusually poor battery life, with rapid battery drain when on standby being a particular issue. Hopefully it’s not the same with the Pixel.

Until today, Google allowed Google Photos users to upload and unlimited amount of photos and videos at a degraded quality. Now, owners of the Pixel and Pixel XL can upload as many photos and videos as they want in full resolution.

The Google Pixel phones are the first flagship smartphones to come with a Qualcomm Snapdragon 821 processor. It boots and loads apps 10 percent faster than the Snapdragon 820.

That puts the ball in Apple’s court. Apple still charges for storage beyond 5GB, which gets taken up pretty quickly in the age of 4K video and 12MP Live photos. Google certainly has a compelling offer on the table.

This is a big deal for many. Google decided to not ditch the 3.5mm headphone jack on their Pixel phones, but the Apple iPhone 7 Plus doesn’t come with a headphone jack port, which is a deal breaker for many.

Pixel owners will enjoy live 24/7 support in the form of call/chat from Google. Users can share their screens with a support executive in real time. To access it, you need to open the Settings app on your device and click on the support tab.