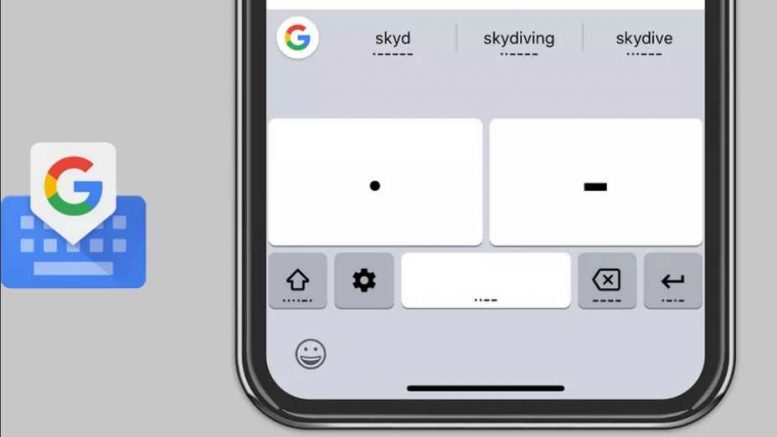 In a new update, Google is adding Morse Code as an input on their Gboard.

Google now allows you to communicate in Morse code both on Android and iOS. This feature first debuted shortly after Google’s I/O 2018 keynote. Alongside the debut on iOS, Google says it has made numerous improvements to the Android experience, too.

When you activate this feature, Morse Code will fill out the keyboard area with two large buttons, a dash and a dot button. As you tap the buttons to form a message, suggestions will show up at the top bar, the same way they would as if you were typing with a regular QWEERTY keyboard. You can also connect external switches to the device, so people with limited mobility can operate device.