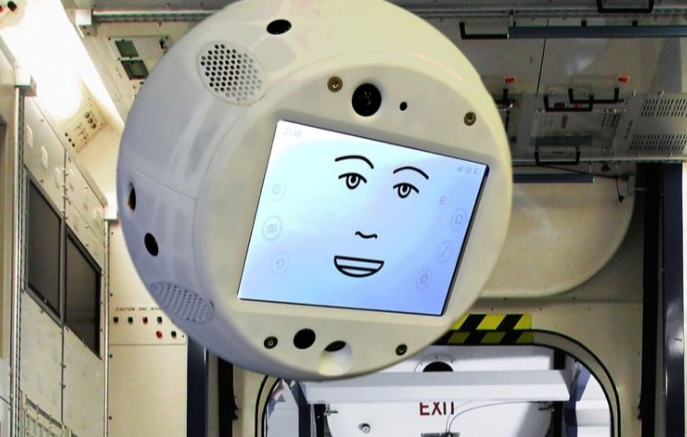 CIMON, or Crew Interactive MObile CompanioN, is a floating robot slightly bigger than a football, and uses Watson AI.

CIMON is going to be the new crew member aboard the International Space Station. It looks rather odd. It is slightly bigger than a football and has one side flat, where the screen, cameras and some sensors are located. Reason for CIMON’s odd shape is because it will be floating in 0 G, so it doesn’t have to move on it’s own.

Using neural AI network, voice and face recognition, CIMON’s role is to, among other things, improve efficiency aboard the IIS and reduce stress among crew members. Furthermore, CIMON can also act as an early warning system in the event of technical issues, so it can also improve the safety aboard the ISS.

“CIMON’s digital face, voice and use of artificial intelligence make it a ‘colleague’ to the crew members,” Matthias Biniok, IBM’s lead Watson architect, explained in a blogpost. “This collegial ‘working relationship’ facilitates how astronauts work through their prescribed checklists of experiments, now entering into a genuine dialogue with their interactive assistant.”

However, it (or he, if you want) will not be the first robot aboard the International Space Station. Robonaut was sent in 2011 to do some simple tasks like cleaning the handrails, however, Robonaut wasn’t in use for long due to some issues. Also, Kirobo assisted Japanese astronaut Wakata Koichi aboard the ISS until 2015.

Be the first to comment on "Meet CIMON, the new robot crew member aboard the ISS"