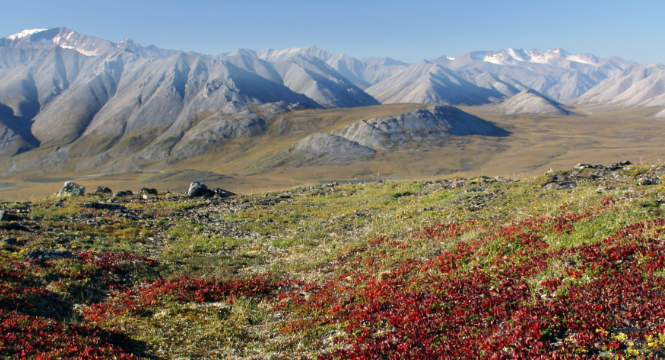 New evidence is here that ancient carbon which was pulled from the atmosphere and stored in bodies of plants, is slowly being leaked into the atmosphere.

The release of carbon was expected, however, due to atmospheric changes, the catbon is being released much faster than predicted.

The new study, which was published in the journal Environmental Research Letters, employed radiocarbon dating to examine the content of river and lake waters in Canada’s Northwest Territories in 2014.

It found an increasing prevalence of older dissolved carbon and carbon dioxide in the waters as the summer advanced. The research also discovered one case of carbon in methane gas that was more than 2,000 years old.

How did all this carbon build up? Well, for thousands of years, every plant and living being that has died in that region did not fully decay because of the low temperatures over there. Because of the cold weather, parts of the dead plants have been preserved in the frozen soil and piled up. And since the temperature is slowly going up, more and more carbon is being released.
A 2018 study in Nature Climate Change found that carbon dioxide and methane emissions from lakes in Alaska mostly came from carbon that had been fixed by plants within the last 3,000 to 4,000 years, but also that a small percentage was even older than that.

But this still does not show us just how much carbon and/or methane is being released. It is hard to determine how much because the weather keeps changing.