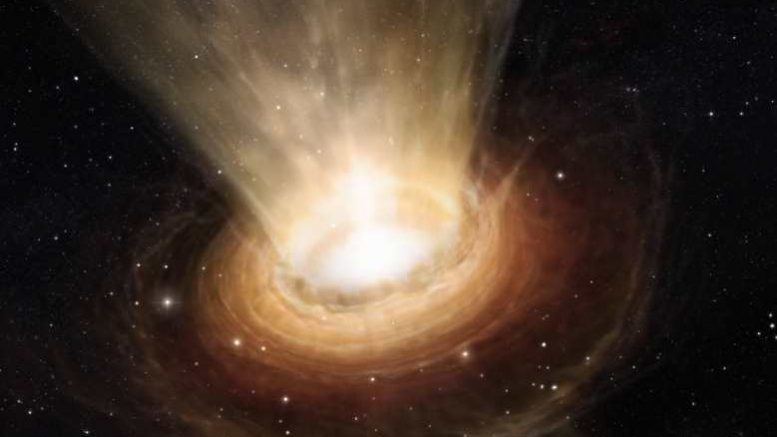 Something weird has been spotted wandering around the galactic core.

So we know that there is a supermassive black hole in the center of our galaxy, we’ve known about that for a while. And sine it is so huge, it has a big influence on everything around it. However, the American Astronomical Society has been keeping a close eye at the center, and noticed a few strange space things known as G-objects.

So what are those…things?
Well, it is almost a star and almost a nebula. It is kinda in between, like a “puffed up star”.  Anna Ciurlo, an astronomer at the University of California Los Angeles says:

They’re weird because they are not gas nebulae, they’re not stars, so we think they’re something in the middle, a stellar object surrounded by gas and dust.

The objects produce red light, however, they are cool, their temperature is low. It is close to the black hole, but is not torn to bits, which indicates that the objects are pretty dense, much denser than a cloud of space dust.

However, all of this research is preliminary, and is still going. These objects definitely do have something interesting to tell.