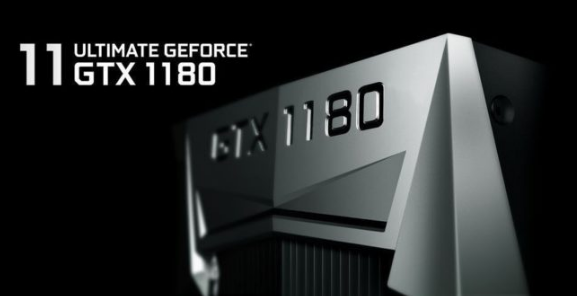 The Nvidia GTX 1180 has been spotted in the TPU GPU Database.

The launch of the next generation of Nvidia GeForce series is very close. And because of that, more and more leak are popping up on the Internet. Seeing a GPU nicely sorted like this in a databse confirms that the GPU is deep in its development.

The GTX 1180 will be manufactured on TSMC’s 12nm FinFET process. It according to the leaked data, the GPU will have 16 GB of the new GDDR6 memory. However, the clocks are relatively low, but is an engineering sample, so the final clocks will most likely be higher.

All data is explained in the picture below… 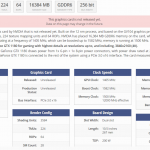 Regarding the clocks – if the next generation is anything like the current generation, it can easily reach massive performance boosts. On stock, the TDP is 200W, which is quite a lot, 20W more than Pascal. Power will be delivered by a 1×6-pin and 1×8-pin config. We could see the GPU at the upcoming Computex. 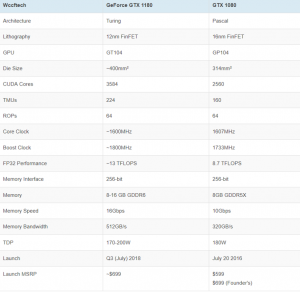