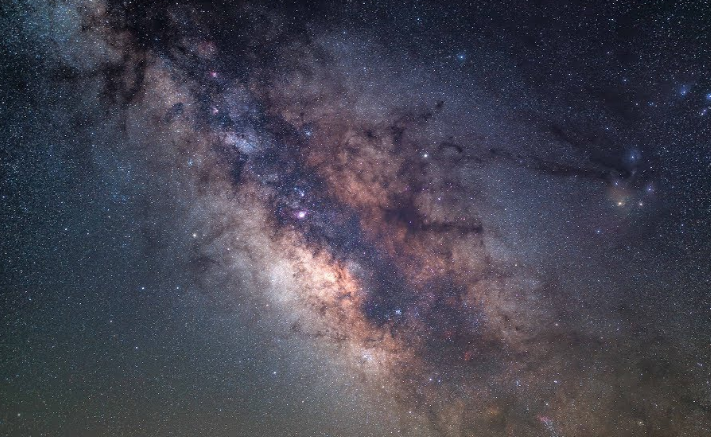 We knew that there is a really, really big black hole in the center of our galaxy. But it looks like it has some company!

It is a known fact that there is a massive black hole in the center our our galaxy. But as it turns out, it also has tens of thousands of other, smaller black holes, accompanied by stars.

For decades, scientists have thought that black holes should sink to the center of galaxies and accumulate there, says Chuck Hailey, an astrophysicist at Columbia University. But scientists had no proof that these exotic objects had actually gathered together in the center of the Milky Way. “This is just kind of astonishing that you could have a prediction for such a large number of objects and not find any evidence for them,” Hailey says.

Using an X-ray observatory, they were able to detect a lot of black holes in the center, thanks to stars orbiting around them.

Finding so many in such a small region is significant, because until now scientists have found evidence of only about five dozen black holes throughout the entire galaxy, says Hailey, who points out that our galaxy is 100,000 light-years across. (For reference, one light-year is just under 5.88 trillion miles.) What’s more, the very center of our galaxy surely has far more than these dozen black holes that were just detected. The researchers used what’s known about black holes to extrapolate from what they saw to what they couldn’t see. Their calculations show that there must be several hundred more black holes paired with stars in the galactic center, and about 10,000 isolated black holes.