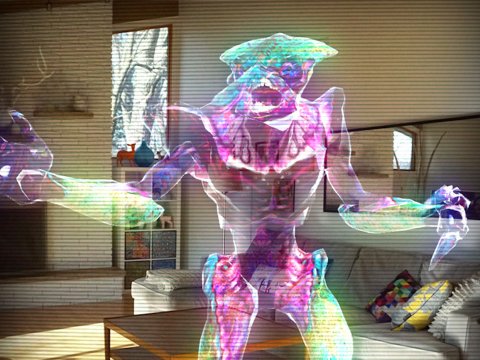 As we all know there is a lot of craze and popularity of Pokemon Go from last few months. IOS took so much advantage by inventing this game as this was very unique and different which was never seen before. Now Google is going to introduce a new series of reality games in the brand new smart phone called Tango.

Release dates of Google Tango’s are not announced yet but yes a lot of eyes waiting for it. The reality game is named as PHAB pro and it will not be similar to Pokemon Go at all, so that users will experience something new and different. This feature will result in Google Tango’s sales and will benefit the company a lot.

Price for the Google Tango is not finalized yet, many news coming up with the price range of 400 USD to 500 USD, which is pretty less than iPhone 6 to 7 series. Google addressed the media and told that this PHAB Pro will be having such features in camera which will turn a normal drawing room of a house into a virtual space area. This already sounds very interesting and unbelievable. By next year 2017, there will be a lot of more devices similar to this smart phone.

Google Tango will be having a large display with smaller units also having a powerful camera which will also turn objects into virtual things. Tango Apps will be having an excellent gesture control which will make users avoiding touching their screen of smart phone. Users will be able to use and control the apps and phone without touching the screen. This sounds marvellous indeed, Google is always giving and ruling the internet world already and now invention of such devices make everyone stunning.