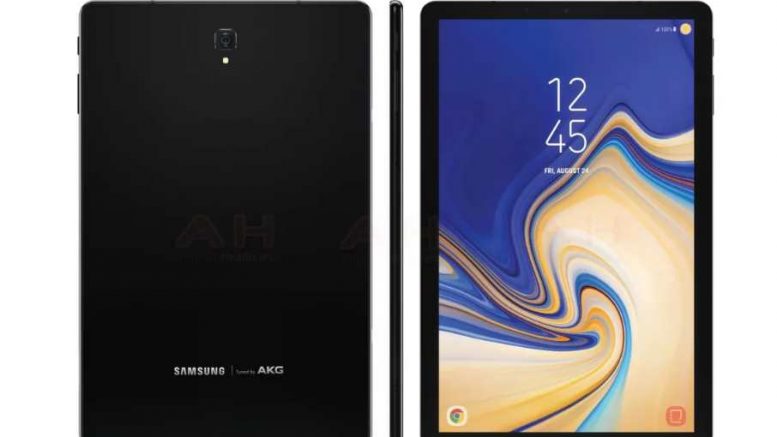 One thing which is immediately noticeable is the home button. More precisely, the lack of a home button. The tab S4 will most likely have on-screen navigation, just like the latest S and Note phones. Note the lack of a fingerprint reader. This could mean two things. Either it is on the side (probably not), or it is built into the screen!

There is no Samsung logo on the front, which could mean that the Tab S4 will have the rumored iris scanner, but it is not visible on the render. And the tablet also seems to have smaller bezels.

The design on the back is quite similar to the current Tab S3, with a single camera ta the back. We will most likely have the Tab S4 later this year.