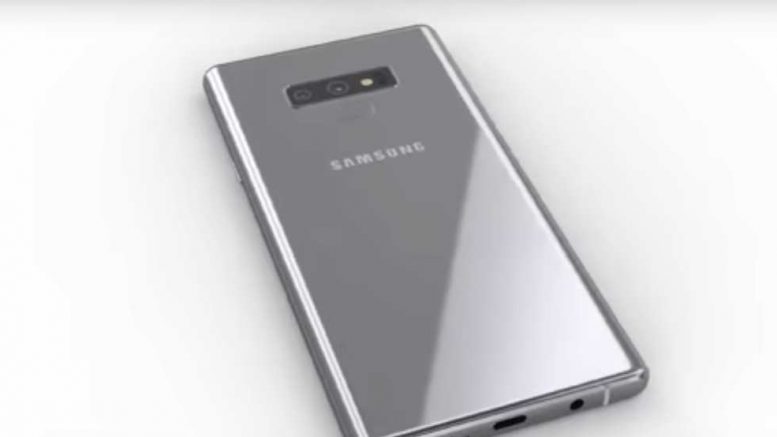 These leaks and renders look pretty well made, and it might be the final form of the upcoming Samsung Galaxy Note 9

When you collect and analyze all of the available leaks for the Note 9, one thing become obvious – the exterior of the phone will not change much from the current Note 8. And that isn’t really a bad thing, the Note 8 has a pretty nice look and design. However, it is inside of the phone that will change. The Note 9 might come with up to 512 GB of storage and up to 8 GB of RAM.

On the sides you will get your buttons, and the now standard Infinity display. The bottom has the usual lineup, a headphone jack, USB-C, the S-Pen and the tiny speaker. The fingerprint sensor is at the back, below the dual cameras. Watch the video below to get a better idea.

Spec wise, however, we will see a difference. It is rumored to have the Snapdragon 845 or Exynos 9810 SoC (depends on the region), however, you don’t really have any other alternatives. Memory? Yeah, has that to. Rumor point at either 6 or 8 GB of RAM, and up to 512 GB of storage. And the screen of course will be majestic, a QHD+ Super AMOLED screen. It will be epic, as it is expected from Samsung. It will probably ship with Android 8.1, and Android P update sometime later on. It is expected to be released sometime in August, most likely on the 9th.